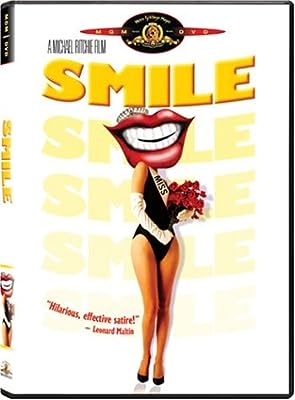 Price: $14.98
As of 2023-02-05 00:56:37 UTC (more info)
Product prices and availability are accurate as of 2023-02-05 00:56:37 UTC and are subject to change. Any price and availability information displayed on http://www.amazon.com/ at the time of purchase will apply to the purchase of this product.
Availability: Not Available - stock arriving soon
Buy Now from Amazon
Product Information (more info)
CERTAIN CONTENT THAT APPEARS ON THIS SITE COMES FROM AMAZON SERVICES LLC. THIS CONTENT IS PROVIDED 'AS IS' AND IS SUBJECT TO CHANGE OR REMOVAL AT ANY TIME.

Get ready for a hilarious (Variety) look at one of America's most beloved institutions: the beauty pageant! OscarÂ(r) nominees* Bruce Dern and Melanie Griffith wind their way throughpageant hell in this twisted exposition of Americana that deserves a high place among successful film spoofs (Cue)! The bleached-blonde town of Santa Rosa, California, is very excited aboutits annual Young American Miss Pageant. Chief judge Big Bob Freelander (Dern) promises his town a good contest. But the battling bombshells are growing ruthless in their quest for the crown! Can Big Bob make sure that his bevy of Beauties remains civil so that audiences don't discover what really lies behind those smiles?! *Dern: Supporting Actor, Coming Home (1978); Griffith: Actress, Working Girl (1988)

A small-town beauty pageant, and the turmoil it causes in the lives of its participants and sponsors, is the focus of this dark and witty cult comedy from Michael Ritchie (The Bad News Bears, Fletch). Bruce Dern shines in a rare comic lead as the chief judge of the "Young American Miss" contest, and his ability to find humor and pathos in his sad-sack character is well-matched by Barbara Feldon as a glacial former contestant, Geoffrey Lewis as a densely heartless sponsor, and famed choreographer Michael Kidd as (what else) the disillusioned pageant choreographer. Ritchie and writer Jerry Belson split the film's focus between the contestants (among them Annette O'Toole, Melanie Griffith, and Colleen Camp) and the sponsors and judges, and if the plot takes an absurd turn at the climax, Smile is ultimately a rare satire that cares for its characters while skewering their foibles. --Paul Gaita

Syndromes and a Century