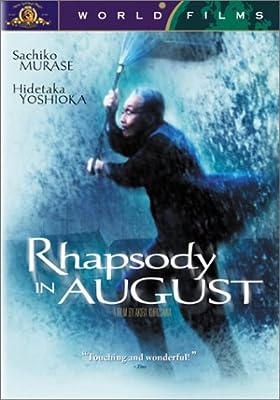 Price: $14.98
As of 2023-02-08 05:07:50 UTC (more info)
Product prices and availability are accurate as of 2023-02-08 05:07:50 UTC and are subject to change. Any price and availability information displayed on http://www.amazon.com/ at the time of purchase will apply to the purchase of this product.
Availability: Not Available - stock arriving soon
Buy Now from Amazon
Product Information (more info)
CERTAIN CONTENT THAT APPEARS ON THIS SITE COMES FROM AMAZON SERVICES LLC. THIS CONTENT IS PROVIDED 'AS IS' AND IS SUBJECT TO CHANGE OR REMOVAL AT ANY TIME.

Academy AwardÂ(r) winner* Akira Kurosawa (The Seven Samurai) delivers 'the most intimate drama of his career (Los Angeles Times), a stunning epic that is as visually tantalizing as it is emotionally touching. Set in the gorgeous countryside surrounding Nagasaki and starring Sachiko Murase, Hidetaka Yoshioka and Golden GlobeÂ(r) winner Richard Gere, this endearing saga follows a Japanese family once torn apart by war and now facing personal demons brought on by contact with American cousins lost long ago. Sachiko Murase is stunning as the aging matriarchof a Nagasaki family that has long lived with a legacy of horror brought on by WWII. But when an older brother she never knew she had resurfacesalong with his Japanese-American descendantsshe must come to terms with her most deeply held feelings about America and her haunted past. *1989: Honorary Award