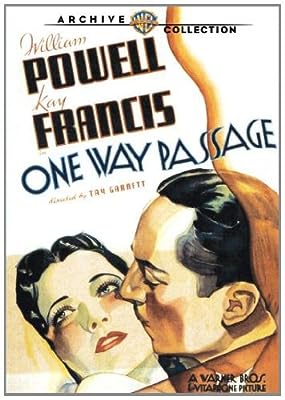 Price: $12.96
As of 2022-10-02 05:04:02 UTC (more info)
Product prices and availability are accurate as of 2022-10-02 05:04:02 UTC and are subject to change. Any price and availability information displayed on http://www.amazon.com/ at the time of purchase will apply to the purchase of this product.
Availability: Not Available - stock arriving soon
Buy Now from Amazon
Product Information (more info)
CERTAIN CONTENT THAT APPEARS ON THIS SITE COMES FROM AMAZON SERVICES LLC. THIS CONTENT IS PROVIDED 'AS IS' AND IS SUBJECT TO CHANGE OR REMOVAL AT ANY TIME.

The seas are calm and the ship is sturdy - but the shipboard romance is doomed. Dan does not know that Joan is dying of an incurable disease. Joan does not know Dan is a convicted murderer en route to San Quentin. Still, they have four weeks to find happiness in each other's arms. Or will Dan forsake the love of a lifetime for his own life, using the vessel's Honolulu layover as a chance to escape the law? The passage of time remains kind to One Way Passage, an Academy Award winner* for Best Original Story directed with
style and sensitivity by Tay Garnett (The Postman Always Rings Twice). William Powell brings unmatchable urbane charm to the role of Dan. As Joan, Kay Francis displays the lustrous sincerity that made her one of the era's favorites. Their passage may be one-way. But you'll find it's a voyage worth repeating.

Out Of The Past [Blu-ray]