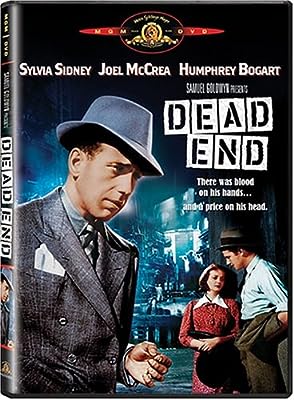 Humphrey Bogart is "outstanding" (Variety) as a vicious gangster on the run in this "masterful gripping drama" (Motion Picture Daily) directed by William Wyler (Ben-Hur) and written by Lillian Hellman (The Little Foxes). Nominated* for four Academy AwardsÂ(r), including Best Picture, Dead End is powerful, entertaining and a true landmark in moviemaking. On the mean streets of New York's Lower East Side, Drina (Sylvia Sidney) hopes to save herbrother from a life of crime. But notorious hoodlum Baby Face Martin (Bogart) has come back to his old haunts looking for trouble and threatening to drag the boy down with him. Drina turns to her childhood friend Dave (Joel McCrea) for help. But can he stop Martin without becoming just like him? *1937: Best Picture, Supporting Actress (Claire Trevor), Cinematography, Art Direction