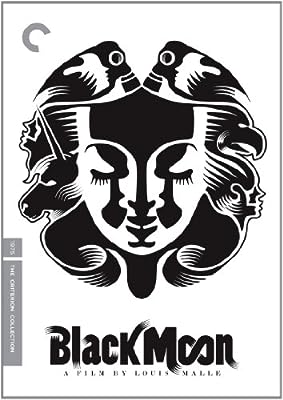 Price: $22.99
As of 2023-02-03 13:11:25 UTC (more info)
Product prices and availability are accurate as of 2023-02-03 13:11:25 UTC and are subject to change. Any price and availability information displayed on http://www.amazon.com/ at the time of purchase will apply to the purchase of this product.
Availability: Not Available - stock arriving soon
Buy Now from Amazon
Product Information (more info)
CERTAIN CONTENT THAT APPEARS ON THIS SITE COMES FROM AMAZON SERVICES LLC. THIS CONTENT IS PROVIDED 'AS IS' AND IS SUBJECT TO CHANGE OR REMOVAL AT ANY TIME.

Louis Malle (The Lovers, Au revoir les enfants) meets Lewis Carroll in this bizarre and bewitching trip down the rabbit hole. After skirting the horrors of an unidentified war being waged in an anonymous countryside, a beautiful young woman (Cathryn Harrison) takes refuge in a remote farmhouse, where she becomes embroiled in the surreal domestic odyssey of a mysterious family. Evocatively shot by cinematographer Sven Nykvist (Cries and Whispers, Fanny and Alexander), Black Moon is a Freudian tale of adolescent sexuality set in a postapocalyptic world of shifting identities and talking animals. It is one of Malle’s most experimental films and a cinematic daydream like no other.

French writer-director Louis Malle attracted American moviegoers in the late 1970s and early '80s with Pretty Baby, Atlantic City, and My Dinner with André, but those looking for signs of things to come will be hard-pressed to find them in Black Moon, their immediate predecessor. Variously described as a "mythological fairy tale" (by the director himself) and "an elaborate surrealist fantasy," this is a film with no story line, little dialogue (some of which is delivered by animals), and much strangeness. In what might be the director's broad interpretation of Alice in Wonderland, we follow 15-year-old Lily (Cathryn Harrison, granddaughter of the British actor Rex Harrison) as she drives Malle's "wild, archaic landscape," where a war pitting men and women soldiers against one another is in full swing; the wild ride ends near a decrepit country mansion occupied by a pair of androgynous, silent siblings (Alexandra Stewart and Andy Warhol regular Joe Dallesandro, both also called Lily), their bedridden old mother (a vivid performance by Therese Giehse, by far the most accomplished actor of the bunch), and a menagerie of beasts, including a pig in a highchair, a cat on a piano keyboard, a talking unicorn (hey, it's surrealism), as well as gaggles of naked children gamboling about with the sheep. That's where the remainder of the action, such as it is, unfolds, as young Lily tries to find her place in what Malle calls "an irrational world." Her efforts are largely in vain, and so perhaps will many viewers' be--it's not for nothing that this was Malle's least commercially successful effort. And if there doesn't seem to be much of a point, well, perhaps that's the point.

The overall presentation is up to the Criterion Collection's usual high standards, including a new high-definition digital transfer (the better to appreciate the cinematography by Ingmar Bergman veteran Sven Nykvist), a booklet with an essay about the movie, and a brief interview with the director (in French; the film itself is in English, but this release also contains a version dubbed in French). --Sam Graham