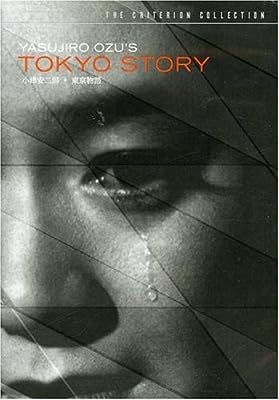 Price: $49.99
As of 2022-10-01 23:19:52 UTC (more info)
Product prices and availability are accurate as of 2022-10-01 23:19:52 UTC and are subject to change. Any price and availability information displayed on http://www.amazon.com/ at the time of purchase will apply to the purchase of this product.
Availability: Not Available - stock arriving soon
Buy Now from Amazon
Product Information (more info)
CERTAIN CONTENT THAT APPEARS ON THIS SITE COMES FROM AMAZON SERVICES LLC. THIS CONTENT IS PROVIDED 'AS IS' AND IS SUBJECT TO CHANGE OR REMOVAL AT ANY TIME.

Yasujiro Ozu's Tokyo Story (Tokyo Monogatari) follows an aging couple, Tomi and Sukichi, on their journey from their rural village to visit their two married children in bustling, post-war Tokyo. Their reception, however, is disappointing: too busy to entertain them, their children send them off to a health spa. After Tomi falls ill, she and Sukichi return home, while the children, grief-stricken, hasten to be with her. From a simple tale unfolds one of the greatest of all Japanese films. Starring Ozu regulars Chishu Ryu and Setsuko Hara, the film reprises one of the director's favorite themes—that of generational conflict—in a way that is quintessentially Japanese and yet so universal in its appeal that it continues to resonate as one of cinema’s greatest masterpieces.