The Beaches Of Agnes 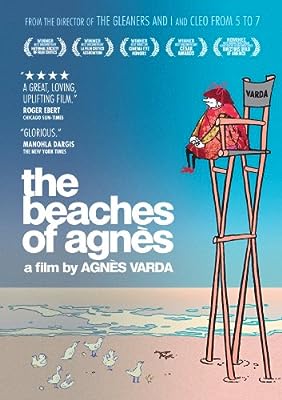 Price: $29.95
As of 2022-12-09 16:05:18 UTC (more info)
Product prices and availability are accurate as of 2022-12-09 16:05:18 UTC and are subject to change. Any price and availability information displayed on http://www.amazon.com/ at the time of purchase will apply to the purchase of this product.
Availability: Not Available - stock arriving soon
Buy Now from Amazon
Product Information (more info)
CERTAIN CONTENT THAT APPEARS ON THIS SITE COMES FROM AMAZON SERVICES LLC. THIS CONTENT IS PROVIDED 'AS IS' AND IS SUBJECT TO CHANGE OR REMOVAL AT ANY TIME.

A reflection on art, life and the movies, The Beaches of Agnes is a magnificent film from the great Agnes Varda, director of The Gleaners and I and Cleo from 5 to 7, a richly cinematic self portrait that touches on everything from the feminist movement and the Black Panthers to the films of husband Jacques Demy (The Umbrellas of Cherbourg) and the birth of the French New Wave.

The Gleaners and I