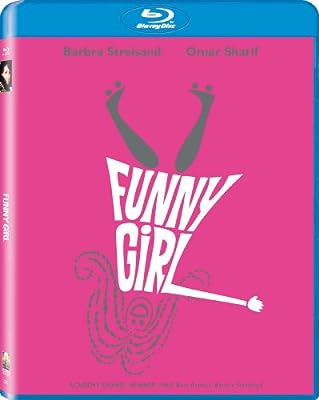 Price: $19.99
As of 2023-02-02 12:50:29 UTC (more info)
Product prices and availability are accurate as of 2023-02-02 12:50:29 UTC and are subject to change. Any price and availability information displayed on http://www.amazon.com/ at the time of purchase will apply to the purchase of this product.
Availability: Not Available - stock arriving soon
Buy Now from Amazon
Product Information (more info)
CERTAIN CONTENT THAT APPEARS ON THIS SITE COMES FROM AMAZON SERVICES LLC. THIS CONTENT IS PROVIDED 'AS IS' AND IS SUBJECT TO CHANGE OR REMOVAL AT ANY TIME.

One of the most popular movie musicals ever made is now better than ever on Blu-ray(TM)! FUNNY GIRL follows the early career of stage comedienne Fanny Brice, a role that earned Barbra Streisand the 1968 Oscar(r) for Best Actress. Only her mother believes Fanny can make it in show business, but when she gets her first break at Keeney's Music Hall, her hilarious debut gets her hired as a comedienne. Fanny becomes a star, falls in love and marries Nick Arnstein (Omar Sharif), a handsome gambler. The film's many memorable songs include "Don't Rain On My Parade" and the Streisand classic "People."