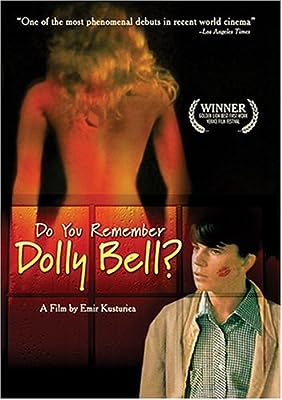 Price: $22.36
As of 2022-12-06 07:25:51 UTC (more info)
Product prices and availability are accurate as of 2022-12-06 07:25:51 UTC and are subject to change. Any price and availability information displayed on http://www.amazon.com/ at the time of purchase will apply to the purchase of this product.
Availability: Not Available - stock arriving soon
Buy Now from Amazon
Product Information (more info)
CERTAIN CONTENT THAT APPEARS ON THIS SITE COMES FROM AMAZON SERVICES LLC. THIS CONTENT IS PROVIDED 'AS IS' AND IS SUBJECT TO CHANGE OR REMOVAL AT ANY TIME.

Director Emir Kusturica is known outside of his native Bosnia for films such as ARIZONA DREAM, UNDERGROUND and BLACK CAT, WHITE CAT. This early example of his work was shot in his home country in the early 1980s (when it was still known as Yugoslavia), is set in the 1960s, and follows the fortunes of a young man named Dino (Slavko Stimac). Enthralled by the life that flashes before his eyes in the local cinema, Dino becomes enamored of the criminal life, and enters into a life of petty crime. But when he is rewarded for his work via a liaison with local prostitute Dolly Bell (Ljiljana Blagojevic), his world is turned upside down as he falls in love with her. Showing signs of the stylistic flair that Kusturica was to effectively deploy in later movies, DO YOU REMEMBER DOLLY BELL? is a must-see for fans of his work.