An Angel at My Table (The Criterion Collection) 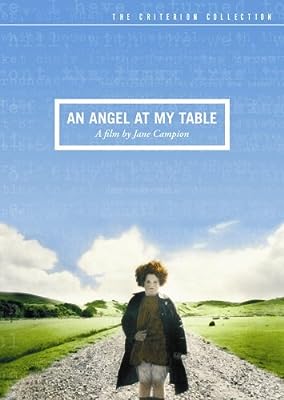 Price: $24.02
As of 2022-08-08 13:50:47 UTC (more info)
Product prices and availability are accurate as of 2022-08-08 13:50:47 UTC and are subject to change. Any price and availability information displayed on http://www.amazon.com/ at the time of purchase will apply to the purchase of this product.
Availability: Not Available - stock arriving soon
Buy Now from Amazon
Product Information (more info)
CERTAIN CONTENT THAT APPEARS ON THIS SITE COMES FROM AMAZON SERVICES LLC. THIS CONTENT IS PROVIDED 'AS IS' AND IS SUBJECT TO CHANGE OR REMOVAL AT ANY TIME.

With An Angel at My Table, Academy Award®–winning filmmaker Jane Campion brings to the screen the harrowing true story of Janet Frame, New Zealand’s most distinguished author. The film follows Frame along her inspiring journey, from a poverty-stricken childhood to a misdiagnosis of schizophrenia and electroshock therapy to, finally, international literary fame. Beautifully capturing the color and power of the New Zealand landscape, the film earned Campion a sweep of her country’s film awards and the Special Jury Prize at the Venice Film Festival.

A Star Is Born (Deluxe Edition)