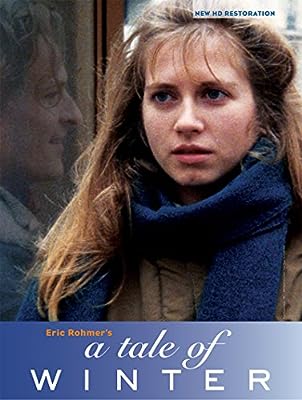 Price: $24.95
As of 2022-11-27 20:26:37 UTC (more info)
Product prices and availability are accurate as of 2022-11-27 20:26:37 UTC and are subject to change. Any price and availability information displayed on http://www.amazon.com/ at the time of purchase will apply to the purchase of this product.
Availability: Not Available - stock arriving soon
Buy Now from Amazon
Product Information (more info)
CERTAIN CONTENT THAT APPEARS ON THIS SITE COMES FROM AMAZON SERVICES LLC. THIS CONTENT IS PROVIDED 'AS IS' AND IS SUBJECT TO CHANGE OR REMOVAL AT ANY TIME.

A young couple, Félicie and Charles, meet while on holiday and fall deeply in love. In a fatal slip, she gives him the wrong address, and, as a result, he disappears from her life. Five years later, at Christmas time, Félicie is a hairdresser in the Paris suburbs with a daughter (Charles ) and two lovers: the successful Maxence and the intellectual Loïc. She loves them both, but as she says, There s love and love, and the love that counts is the one she still holds for the long lost Charles. The plot centers on Félicie s shifting allegiances to the three men in her life, with an abortive move to another city, a strange experience in the cathedral of Nevers, and a performance of Shakespeare s The Winter s Tale among the stations on a roundabout journey that finally brings her face to face with the most basic issues of destiny and faith. Eric Rohmer was unsurpassed at creating intelligent romantic comedies and intelligent female characters. A Tale of Winter, one of his most genial and audacious films, is a superb example of both facets. Félicie is one of the most fascinating in Rohmer s distinguished line of heroines: impulsive, independent, thoughtlessly frank, disarmingly sincere, at once exasperating and enchanting.