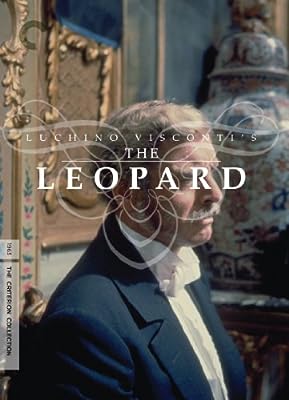 An epic on the grandest scale, Luchino Visconti’s The Leopard (Il gattopardo) re-creates, with nostalgia, drama, and opulence, the tumultuous years of Italy’s Risorgimento, when the aristocracy lost its grip and the middle classes rose and formed a unified, democratic Italy. Burt Lancaster (The Killers, Brute Force), stars as an aging prince watching his culture and fortune wane in the face of a new generation, represented by the gorgeous Alain Delon (Purple Noon, Le samouraï) and Claudia Cardinale (8 1/2, Once Upon a Time in the West). The Criterion Collection is proud to present The Leopard in two distinct versions: Visconti’s original and the English-language version released in America.