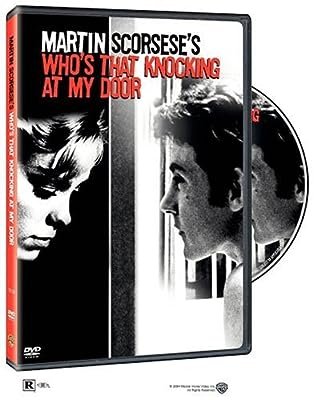 Price: $7.55
As of 2022-12-06 19:59:00 UTC (more info)
Product prices and availability are accurate as of 2022-12-06 19:59:00 UTC and are subject to change. Any price and availability information displayed on http://www.amazon.com/ at the time of purchase will apply to the purchase of this product.
Availability: Not Available - stock arriving soon
Buy Now from Amazon
Product Information (more info)
CERTAIN CONTENT THAT APPEARS ON THIS SITE COMES FROM AMAZON SERVICES LLC. THIS CONTENT IS PROVIDED 'AS IS' AND IS SUBJECT TO CHANGE OR REMOVAL AT ANY TIME.

Martin Scorsese's powerful drama tells the story of J.R. (Harvey Keitel), a typical Italian-American boy who has grown up in a comfortable middle-class urban environment. But in that same environment he encounters the decisive split between tradition and his Catholic faith, in addition to the realities of modern life. Out of work but not in need of cash, J.R. carouses with his buddies in the bars and social clubs of Little Italy. He draws a hard line between "the broads you bang" and the girls you go out with and marry--nice girls, such as his girlfriend (Zina Bethune). But after she is raped, J.R. finds that he cannot "forgive" her for the crime, nor stop thinking of her as a "w****."Scorsese's debut feature film, shot in gritty black and white, introduces some of the techniques that he would later apply to his classics MEAN STREETS, TAXI DRIVER, and GOODFELLAS. These include freeze-frames, atypical editing, slow motion, and the use of music to give certain scenes a pulsating rhythm. In making his big-screen debut, Keitel gives a soul-baring performance that is at once passionate and sensitive. Part introspective drama, part docurealism, Scorsese's film is a striking introduction to one of cinema's most worshipped directors.

Martin Scorsese's debut feature, Who's That Knocking at My Door? contains many of the autobiographical elements that would inform Scorsese's work as became a director of world-class importance. This was Harvey Keitel's debut as well, and he plays a young New Yorker named J.R. (the name also served as the film's alternate title) as a tortured vehicle for Scorsese's own inner conflict between rigid Catholic tradition and initial forays into liberating sexual experience. Produced over a lengthy on-and-off schedule while Scorsese was a struggling New York University film student, and shot in the Little Italy neighborhoods where Scorsese was raised, the film (with a final budget of $75,000) is a boldly stylized, stream-of-consciousness experience, establishing Scorsese's passion for well-chosen rock & roll soundtrack songs while plumbing the depths of J.R.'s soul as he begins a tenuous relationship with an independent, sexually experienced young woman (Zina Bethune) who's at odds with J.R.'s seething repression. Incorporating fantasy sequences to further convey the young man's turbulent thoughts and emotions, Who's That Knocking at My Door earned favorable reviews, announcing the arrival of a bracing new talent and setting the stage, five years later, for the breakout triumph of Mean Streets. --Jeff Shannon