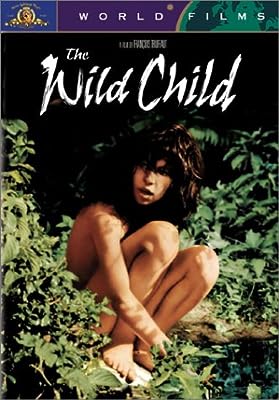 Price: $3.98
As of 2022-12-06 15:01:51 UTC (more info)
Product prices and availability are accurate as of 2022-12-06 15:01:51 UTC and are subject to change. Any price and availability information displayed on http://www.amazon.com/ at the time of purchase will apply to the purchase of this product.
Availability: Not Available - stock arriving soon
Buy Now from Amazon
Product Information (more info)
CERTAIN CONTENT THAT APPEARS ON THIS SITE COMES FROM AMAZON SERVICES LLC. THIS CONTENT IS PROVIDED 'AS IS' AND IS SUBJECT TO CHANGE OR REMOVAL AT ANY TIME.

Acclaimed OscarÂ(r)-nominated* director FranÃ§ois Truffaut (Small Change, Day for Night) has created an absorbing (Leonard Maltin) film about the true-life tale of a young boy found living alone in the woods of France in the 1700s. Using actual journal entries, Truffaut not only directed and co-wrote the script with Jean Gruault, but also starred as the unflappable Doctor Jean-Marc-Gaspard Itard, the visionary who takes on the incredible task of civilizing The Wild Child. At The National Institute for the Deaf and Dumb in Paris, a barely clothed and dirty young boy is admitted. Found in a forest, the child is unable to speak, communicate or function in society. Christened Victor by the hospital staff, his case is taken up by Doctor Itard (Truffaut),a lone physician who has an unyielding dedication to re-integrating the lad into society. But the road to tame the beast is a rocky one and Itard will have to work tirelessly to teach Victor how to re-claim his place in the world even if it means staking his reputation on it! *1974: Dayfor Night