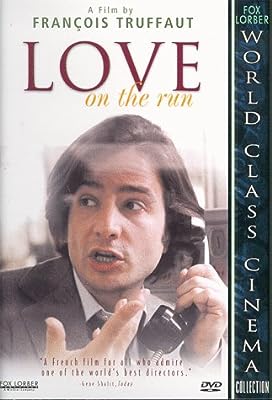 Price: $12.50
As of 2023-01-31 17:21:19 UTC (more info)
Product prices and availability are accurate as of 2023-01-31 17:21:19 UTC and are subject to change. Any price and availability information displayed on http://www.amazon.com/ at the time of purchase will apply to the purchase of this product.
Availability: Not Available - stock arriving soon
Buy Now from Amazon
Product Information (more info)
CERTAIN CONTENT THAT APPEARS ON THIS SITE COMES FROM AMAZON SERVICES LLC. THIS CONTENT IS PROVIDED 'AS IS' AND IS SUBJECT TO CHANGE OR REMOVAL AT ANY TIME.

This was François Truffaut's last film in the Antoine Doinel series (the character followed from The 400 Blows to Bed and Board). Doinel is again played by Jean-Pierre Léaud as a bad boy whose own obsessions with his mother greatly affect his relationships with women. Here, our compulsive liar and general scamp is found out, time and time again, but, as the women of the film find, it's impossible to blame him entirely. In fact, it seems a French badge of honor to have your mistress show up at your door. The film stands on its own as a light and gentle comedy but carries much more resonance if watched in its proper place and order in the series. It also stars the devastatingly gorgeous Marie-France Pisier as an old acquaintance who calls Doinel on the carpet. --Keith Simanton