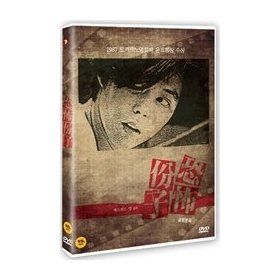 Price:
As of 2023-02-04 20:44:12 UTC (more info)
Product prices and availability are accurate as of 2023-02-04 20:44:12 UTC and are subject to change. Any price and availability information displayed on http://www.amazon.com/ at the time of purchase will apply to the purchase of this product.
Availability: Not Available - stock arriving soon
Buy Now from Amazon
Product Information (more info)
CERTAIN CONTENT THAT APPEARS ON THIS SITE COMES FROM AMAZON SERVICES LLC. THIS CONTENT IS PROVIDED 'AS IS' AND IS SUBJECT TO CHANGE OR REMOVAL AT ANY TIME.

The Terrorizers is a Taiwanese film directed by Edward Yang and is about the interactions of three different groups of people in Taipei: a young woman and the tough criminal gang she hangs out with; a doctor and his novelist wife; and a young photographer who observes the life of the city unfolding around him. When a shooting in the heart of the city brings these groups together the puzzle begins in which the pleasure lies in rearranging a multitude of relationships between characters, spaces, and genres. ***South Korean dvd edition. All region compatible, NTSC. Korean text on artwork. Film language: Chinese. Optional subtitles: English, Korean, Chinese, Spanish, or French.