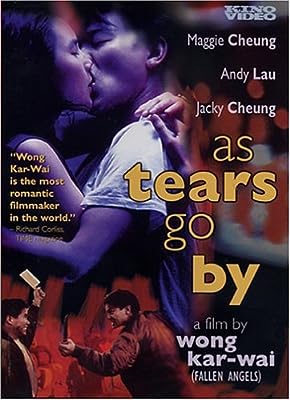 Price: $29.98
As of 2022-08-15 11:11:05 UTC (more info)
Product prices and availability are accurate as of 2022-08-15 11:11:05 UTC and are subject to change. Any price and availability information displayed on http://www.amazon.com/ at the time of purchase will apply to the purchase of this product.
Availability: Not Available - stock arriving soon
Buy Now from Amazon
Product Information (more info)
CERTAIN CONTENT THAT APPEARS ON THIS SITE COMES FROM AMAZON SERVICES LLC. THIS CONTENT IS PROVIDED 'AS IS' AND IS SUBJECT TO CHANGE OR REMOVAL AT ANY TIME.

Already stretched to breaking in a loyalty tug of war between Triad bosses and his loose cannon partner, Wah (Andy Lau - Fulltime Killer, Days of Being Wild), a rising star in the HK underworld, finds himself saddled with beautiful, ailing country cousin Ngor. As an escalating test of wills with a stubborn debtor explodes into bloodshed and a mob turncoat instigates a ruthless police crackdown, Wah's growing fascination with Ngor becomes his last chance for escape from a violent past and a dubious future.