Sword of the Beast (The Criterion Collection) 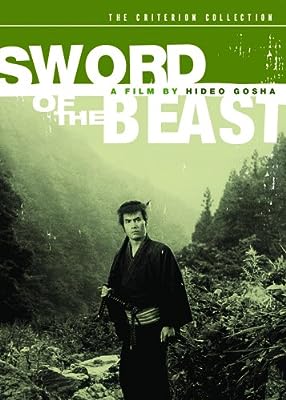 Price: $22.99
As of 2023-02-08 04:11:49 UTC (more info)
Product prices and availability are accurate as of 2023-02-08 04:11:49 UTC and are subject to change. Any price and availability information displayed on http://www.amazon.com/ at the time of purchase will apply to the purchase of this product.
Availability: Not Available - stock arriving soon
Buy Now from Amazon
Product Information (more info)
CERTAIN CONTENT THAT APPEARS ON THIS SITE COMES FROM AMAZON SERVICES LLC. THIS CONTENT IS PROVIDED 'AS IS' AND IS SUBJECT TO CHANGE OR REMOVAL AT ANY TIME.

Legendary swordplay filmmaker Hideo Gosha Sword of the Beast chronicles the flight of Gennosuke, who kills one of his clan's ministers as part of a reform plot. He is pursued by his former comrades, and the betrayal so shakes his sense of honor that he decides to live in the wild, like an animal