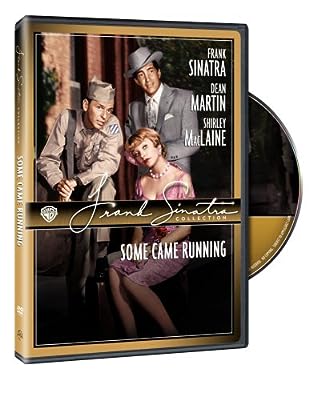 Price: $12.98
As of 2022-08-18 16:13:13 UTC (more info)
Product prices and availability are accurate as of 2022-08-18 16:13:13 UTC and are subject to change. Any price and availability information displayed on http://www.amazon.com/ at the time of purchase will apply to the purchase of this product.
Availability: Not Available - stock arriving soon
Buy Now from Amazon
Product Information (more info)
CERTAIN CONTENT THAT APPEARS ON THIS SITE COMES FROM AMAZON SERVICES LLC. THIS CONTENT IS PROVIDED 'AS IS' AND IS SUBJECT TO CHANGE OR REMOVAL AT ANY TIME.

After a round of partying he can’t remember, World War II veteran Dave Hirsh is placed on a bus headed for the last place he’d choose: Parkman, Indiana, the hometown Hirsh hasn't seen in well over a decade. Frank Sinatra plays Hirsh, whose arrival in Parkman brings small-town hypocrisy to the unforgiving light of day in this character-driven tale directed by Vincente Minnelli and based on a novel by James Jones (whose From Here to Eternity had led to Sinatra’s 1953 Oscar). In his first screen pairing with Sinatra, Dean Martin plays a sharp-witted cardsharp. And Shirley MacLaine earned one of the movie's five Academy AwardÒ nominations as the good-hearted floozie with a potentially fatal attraction to Hirsh.