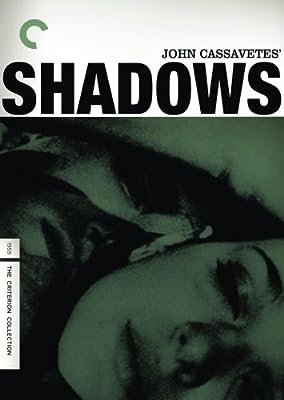 Price: $22.99
As of 2022-08-15 11:35:37 UTC (more info)
Product prices and availability are accurate as of 2022-08-15 11:35:37 UTC and are subject to change. Any price and availability information displayed on http://www.amazon.com/ at the time of purchase will apply to the purchase of this product.
Availability: Not Available - stock arriving soon
Buy Now from Amazon
Product Information (more info)
CERTAIN CONTENT THAT APPEARS ON THIS SITE COMES FROM AMAZON SERVICES LLC. THIS CONTENT IS PROVIDED 'AS IS' AND IS SUBJECT TO CHANGE OR REMOVAL AT ANY TIME.

John Cassavetes' directorial debut revolves around an interracial romance between Lelia (Lelia Goldoni), a light-skinned black woman living in New York City with her two brothers, and Tony (Anthony Ray), a white man. The relationship crumbles when Tony meets Lelia's brother Hugh (Hugh Hurd), a talented dark-skinned jazz singer struggling to find work, and discovers the truth about Lelia s racial heritage. Shot on location in Manhattan with a cast and crew made up primarily of amateurs, Cassavetes' Shadows is a visionary work that is widely considered the forerunner of the American independent film movement.