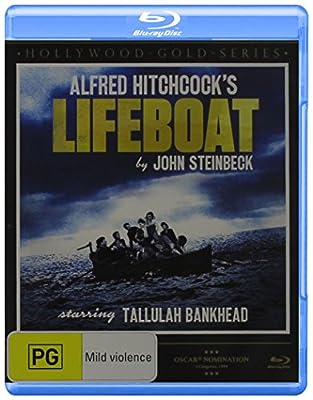 Price: $17.99
As of 2022-10-05 04:16:36 UTC (more info)
Product prices and availability are accurate as of 2022-10-05 04:16:36 UTC and are subject to change. Any price and availability information displayed on http://www.amazon.com/ at the time of purchase will apply to the purchase of this product.
Availability: Not Available - stock arriving soon
Buy Now from Amazon
Product Information (more info)
CERTAIN CONTENT THAT APPEARS ON THIS SITE COMES FROM AMAZON SERVICES LLC. THIS CONTENT IS PROVIDED 'AS IS' AND IS SUBJECT TO CHANGE OR REMOVAL AT ANY TIME.

Australia released, Blu-Ray/Region A/B/C : it WILL NOT play on regular DVD player. You need Blu-Ray DVD player to view this Blu-Ray DVD: LANGUAGES: English ( Dolby Digital 2.0 ), English ( Subtitles ), SPECIAL FEATURES: Black & White, Cast/Crew Interview(s), Interactive Menu, Making Of, Scene Access, Short Film, SYNOPSIS: In the Atlantic during WWII, a ship and a German U-boat are involved in a battle and both are sunk. The survivors from the ship gather in one of the boats. They are from a variety of backgrounds: an international journalist, a rich businessman, the radio operator, a nurse, a steward, a sailor and an engineer with communist tendencies. Trouble starts when they pull a man out of the water who turns out to be from the U-boat. Later, the survivors are spotted by the German supply ship Willi had been steering them to, but before it can pick them up, it is sunk by an American warship. A frightened young German seaman boards the lifeboat, brandishing a gun. After he is disarmed, one of the survivors asks, "What should we do with him?" SCREENED/AWARDED AT: Oscar Academy Awards, ...Lifeboat ( Life boat )