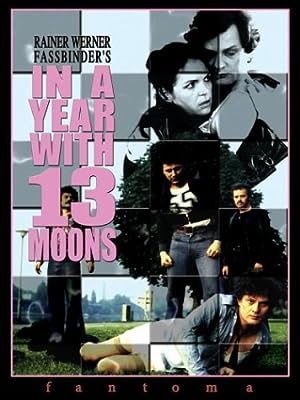 Price: $16.98
As of 2021-03-03 01:36:16 UTC (more info)
Product prices and availability are accurate as of 2021-03-03 01:36:16 UTC and are subject to change. Any price and availability information displayed on http://www.amazon.com/ at the time of purchase will apply to the purchase of this product.
Availability: Not Available - stock arriving soon
Buy Now from Amazon
Product Information (more info)
CERTAIN CONTENT THAT APPEARS ON THIS SITE COMES FROM AMAZON SERVICES LLC. THIS CONTENT IS PROVIDED 'AS IS' AND IS SUBJECT TO CHANGE OR REMOVAL AT ANY TIME.

When the object of his affection off-handedly commented, "too bad you're not a girl", Erwin disappeared to Casablanca and returned as Elvira. Now, adrift and alone amid the maze of the Frankfurt streets, Elvira revisits the people and places of his past, desperately searching for the identity and love and she's never known.

Rainer Werner Fassbinder's masterpiece defies categorization, equal parts melodrama, dark comedy, tragedy, and almost clinical character study. Featuring a breathtaking central performance by the great Volker Spengler, In a Year with 13 Moons is ultimately a tender and moving portrait of a lost and fragile soul. Begun only weeks after the suicide of his lover, Fassbinder wrote, directed, photographed and edited what is perhaps his most personal and powerful film.