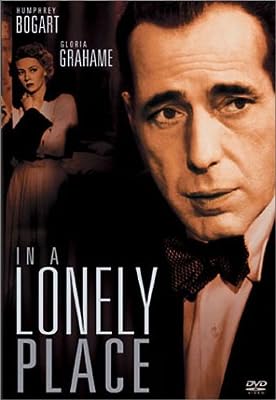 Price: $14.99
As of 2022-08-10 22:36:18 UTC (more info)
Product prices and availability are accurate as of 2022-08-10 22:36:18 UTC and are subject to change. Any price and availability information displayed on http://www.amazon.com/ at the time of purchase will apply to the purchase of this product.
Availability: Not Available - stock arriving soon
Buy Now from Amazon
Product Information (more info)
CERTAIN CONTENT THAT APPEARS ON THIS SITE COMES FROM AMAZON SERVICES LLC. THIS CONTENT IS PROVIDED 'AS IS' AND IS SUBJECT TO CHANGE OR REMOVAL AT ANY TIME.

Academy Award(r) winner Humphrey Bogart (Best Actor, The African Queen, 1951) stars as Dixon Steele, a down-on-his-luck studio scribe who reluctantly agrees to adapt a trashy bestseller to the silver screen. Rather than read the book himself, Steele convinces a star-struck hatcheck girl, Mildred Atkinson, to accompany him home and tell him the story in her own words. Later that night, Mildred is found murdered and Steele, who has a history of violent behavior, becomes the prime suspect. Fortunately for him, his sexy neighbor, Laurel Gray (Gloria Grahame), who is physically attracted to the writer, lies to the police by providing Steele with an air-tight alibi. But is he truly innocent of Mildred's death or is Laurel destined to become the next victim of Steele's violent temper?