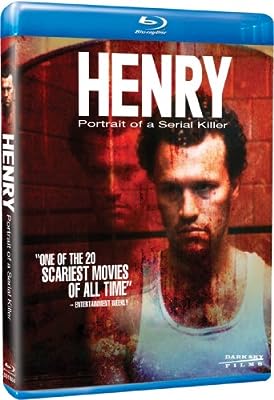 Price: $6.99
As of 2022-10-04 00:19:36 UTC (more info)
Product prices and availability are accurate as of 2022-10-04 00:19:36 UTC and are subject to change. Any price and availability information displayed on http://www.amazon.com/ at the time of purchase will apply to the purchase of this product.
Availability: Not Available - stock arriving soon
Buy Now from Amazon
Product Information (more info)
CERTAIN CONTENT THAT APPEARS ON THIS SITE COMES FROM AMAZON SERVICES LLC. THIS CONTENT IS PROVIDED 'AS IS' AND IS SUBJECT TO CHANGE OR REMOVAL AT ANY TIME.

One of the 20 Scariest Movies of All-Time Entertainment Weekly

Based on actual events, this controversial and critically-acclaimed horror classic chronicles a few short weeks in the life serial killer, Henry Lee Lucas.

Michael Rooker gives a bone-chilling performance as Henry, a solitary drifter who leads his dim ex-jail mate Otis (Tim Towles), on a senseless killing spree through the streets of Chicago. Choosing their victims at random, they vary their methods of execution to avoid detection. Meanwhile, Otis unsuspecting sister, Becky (Tracy Arnold), comes to visit and finds herself falling in love with Henry.

Filmmaker John McNaughton directed HENRY: PORTRAIT OF A SERIAL KILLER, a provocative portrayal of a mass murderer that continues to shock and disturb twenty years after its debut.