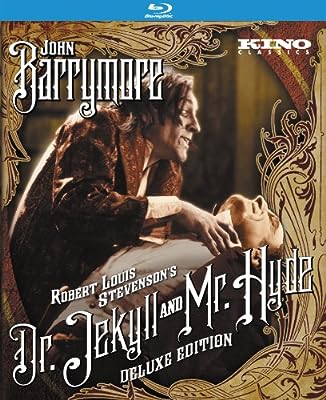 Price: $19.61
As of 2023-02-04 15:57:47 UTC (more info)
Product prices and availability are accurate as of 2023-02-04 15:57:47 UTC and are subject to change. Any price and availability information displayed on http://www.amazon.com/ at the time of purchase will apply to the purchase of this product.
Availability: Not Available - stock arriving soon
Buy Now from Amazon
Product Information (more info)
CERTAIN CONTENT THAT APPEARS ON THIS SITE COMES FROM AMAZON SERVICES LLC. THIS CONTENT IS PROVIDED 'AS IS' AND IS SUBJECT TO CHANGE OR REMOVAL AT ANY TIME.

Based on the Robert Louis Stevenson story: Doctor Henry Jekyll's enthusiasm for science and his selfless acts of service have made him a much-admired man. But as he visits Sir George Carew one evening, his host criticizes him for his reluctance to experience the more sensual side of life. Sir George goads Jekyll into visiting a music hall, where he watches the alluring dancer Gina. Jekyll becomes fascinated with the two contrasting sides of human nature, and he becomes obsessed with the idea of separating them. After extensive work in his laboratory, he devises a formula that does indeed allow him to alternate between two completely different personalities, his own and that of a brutish, lascivious person whom he names Hyde. It is not long before the personality of Hyde begins to dominate Jekyll's affairs.