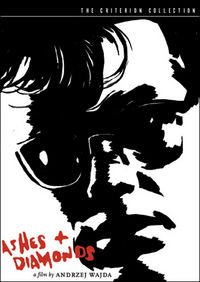 Price:
As of 2022-11-27 16:44:36 UTC (more info)
Product prices and availability are accurate as of 2022-11-27 16:44:36 UTC and are subject to change. Any price and availability information displayed on http://www.amazon.com/ at the time of purchase will apply to the purchase of this product.
Availability: Not Available - stock arriving soon
Buy Now from Amazon
Product Information (more info)
CERTAIN CONTENT THAT APPEARS ON THIS SITE COMES FROM AMAZON SERVICES LLC. THIS CONTENT IS PROVIDED 'AS IS' AND IS SUBJECT TO CHANGE OR REMOVAL AT ANY TIME.

On the last day of World War II in a small town somewhere in Poland, Polish exiles of war and the occupying Soviet forces confront the beginning of a new day and a new Poland. In this incendiary environment we find Home Army soldier Maciek Chelmicki, who has been ordered to assassinate an incoming commissar. But a mistake stalls his progress and leads him to Krystyna, a beautiful barmaid who gives him a glimpse of what his life could be. Gorgeously photographed and brilliantly performed, Ashes and Diamonds masterfully interweaves the fate of a nation with that of one man, resulting in one of the most important Polish films of all time. New, restored high-definition digital transfer Audio commentary by film scholar Annette Insdorf Andrzej Wajda: On Ashes and Diamonds, a 35-minute exclusive new interview with the director, second director Janusz Morgenstern, and film critic Jerzy Plazewski Vintage newsreel footage on the making of Ashes and Diamonds Rare behind-the-scenes production photos, publicity stills, and posters New and improved English subtitle translation