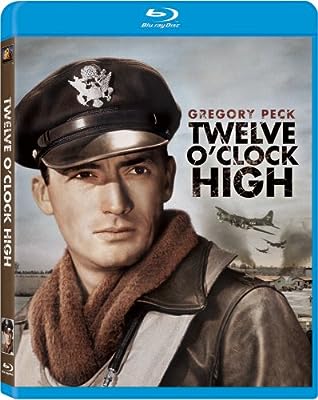 Price: $19.99
As of 2022-12-01 03:33:38 UTC (more info)
Product prices and availability are accurate as of 2022-12-01 03:33:38 UTC and are subject to change. Any price and availability information displayed on http://www.amazon.com/ at the time of purchase will apply to the purchase of this product.
Availability: Not Available - stock arriving soon
Buy Now from Amazon
Product Information (more info)
CERTAIN CONTENT THAT APPEARS ON THIS SITE COMES FROM AMAZON SERVICES LLC. THIS CONTENT IS PROVIDED 'AS IS' AND IS SUBJECT TO CHANGE OR REMOVAL AT ANY TIME.

In this story of the early days of daylight bombing raids over Germany, General Frank Savage must take command of a "hard luck" bomber group. Much of the story deals with his struggle to whip his group into a diciplined fighting unit in spite of heavy losses, and withering attacks by German fighters over thier targets. Actual combat footage is used in this tense war drama. (20th Century Fox Home Entertainment)