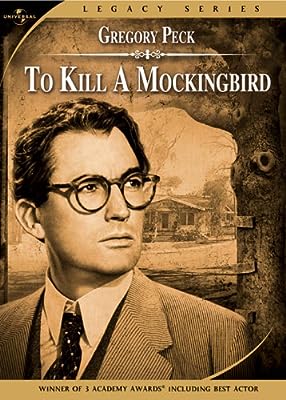 Proclaimed one of the 100 Greatest American Movies of All Time by the American Film Institute, To Kill A Mockingbird is now available as a 2-disc set. Hollywood icon Gregory Peck won the Best Actor Academy Award for his brilliant portrayal of the courageous but understated hero Atticus Finch. The film, based on Harper Lee's Pulitzer Prize-winning novel about innocence, strength and conviction, captured the Best Adapted Screenplay Oscar. To Kill A Mockingbird boasts Robert Duvall's screen debut as Boo Radley and Mary Badham's unforgettable, Oscar-nominated performance as Miss Jean Louise "Scout" Finch. Watch it and remember why "it's a sin to kill a mockingbird."