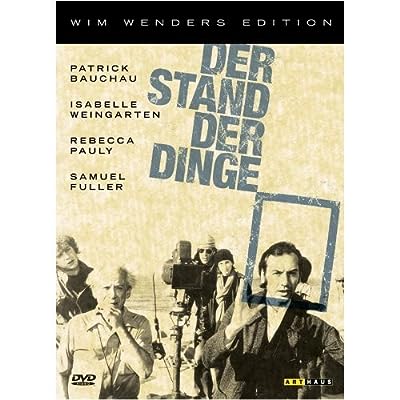 Price: $31.99
As of 2022-11-29 21:51:39 UTC (more info)
Product prices and availability are accurate as of 2022-11-29 21:51:39 UTC and are subject to change. Any price and availability information displayed on http://www.amazon.com/ at the time of purchase will apply to the purchase of this product.
Availability: Not Available - stock arriving soon
Buy Now from Amazon
Product Information (more info)
CERTAIN CONTENT THAT APPEARS ON THIS SITE COMES FROM AMAZON SERVICES LLC. THIS CONTENT IS PROVIDED 'AS IS' AND IS SUBJECT TO CHANGE OR REMOVAL AT ANY TIME.

Germany released, PAL/Region 2 DVD: it WILL NOT play on standard US DVD player. You need multi-region PAL/NTSC DVD player to view it in USA/Canada: LANGUAGES: English ( Dolby Digital 5.1 ), German ( Dolby Digital Stereo ), ANAMORPHIC WIDESCREEN (1.78:1), SPECIAL FEATURES: Anamorphic Widescreen, Biographies, Commentary, Interactive Menu, Scene Access, Trailer(s), SYNOPSIS: Story about a film crew shooting a remake of 'The most dangerous man alive' in a partly devastated hotel in Portugal. They run out of money and await the return of the absent producer, whom one of them goes to Los Angeles to find. The producer thinks that someone wants to kill him. SCREENED/AWARDED AT: Venice Film Festival, ...The State of Things ( Der Stand der Dinge ) ( O Estado das Coisas )