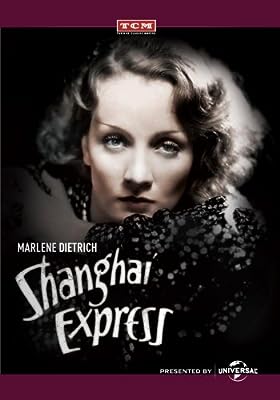 One of the most famous and influential star-director collaborations in the history of cinema, Marlene Dietrich and Josef von Sternberg made seven features together which immortalized the actress as a glamorous and enigmatic movie siren while confirming the director's reputation as a supreme stylist of mood, atmosphere and eroticism through his dazzling command of the medium. Set against the backdrop of a Chinese civil war, SHANGHAI EXPRESS is an opulent romantic adventure that focuses on a diverse group of passengers traveling by express train from Peking to Shanghai. Among them is Captain Doc Harvey (Clive Brook), who finds himself, reunited with his former lover, now an infamous adventuress who calls herself Shanghai Lily (Marlene Dietrich). Desire and deception follow, culminating in a tense hostage situation when their train is hijacked by a Chinese warlord.