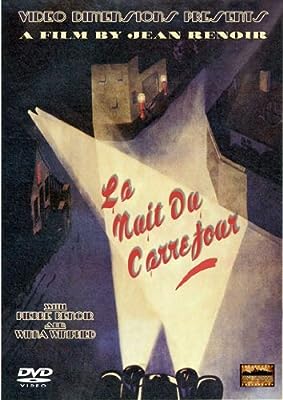 Price: $19.95
As of 2023-02-01 05:12:01 UTC (more info)
Product prices and availability are accurate as of 2023-02-01 05:12:01 UTC and are subject to change. Any price and availability information displayed on http://www.amazon.com/ at the time of purchase will apply to the purchase of this product.
Availability: Not Available - stock arriving soon
Buy Now from Amazon
Product Information (more info)
CERTAIN CONTENT THAT APPEARS ON THIS SITE COMES FROM AMAZON SERVICES LLC. THIS CONTENT IS PROVIDED 'AS IS' AND IS SUBJECT TO CHANGE OR REMOVAL AT ANY TIME.

A dark night, missing diamonds, a shot in the dark and some very suspicious characters add up to a chilling mystery for the redoubtable Inspector Maigret.

This time out, the Inspector is called to investigate the mysterious murder of a diamond merchant. It all starts with a stolen car and it proceeds forward as a strangely flirtatious woman and her grim husband become the prime suspects. But everyone in this little crossroads town seems to have something to hide. And nobody is really who they claim to be. But which ones are guilty ? Where are the hidden gems ? How many people are in on it ? Who shot the diamond merchant's wife ? And why was there cocaine in the tire of a spare car ? All the threads are deftly woven together by the relentless logic of Inspector Maigret.

This engrossing and compelling film allows master director Jean Renoir ("Grand Illusion", "Rules Of The Game") to employ his characteristically expressive use of cinematography and setting in a provocative context. The gritty location work in Paris adds an additional level of reality to the film. This rarely seen gem is an important addition to the Renoir legacy.

Mystery Of The Leaping Fish - For another look at a classic detective mystery, we go across the Atlantic. This mad parody of Sherlock Holmes was directed by none other than D. W. Griffith and written by Griffith, Tod Browning and Anita Loos. It's hero, "Coke Ennyday" (played uproariously by Douglas Fairbanks) is a very loony detective with a propensity for illicit substances.