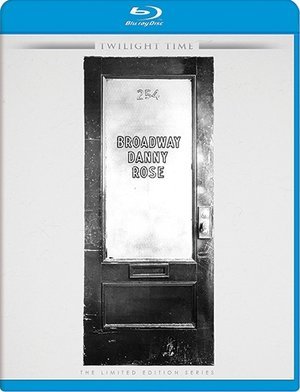 Price: $34.95
Availability: Not Available - stock arriving soon
Buy Now from Amazon
Product Information (more info)
CERTAIN CONTENT THAT APPEARS ON THIS SITE COMES FROM AMAZON SERVICES LLC. THIS CONTENT IS PROVIDED 'AS IS' AND IS SUBJECT TO CHANGE OR REMOVAL AT ANY TIME.

Danny Rose (played by Woody Allen) is a theatrical agent. He has a wide and often odd assortment of clients but will do anything for them. One of his clients, Lou Canova (Nick Apollo Forte) - a washed up crooner from the 50s who is undergoing a resurgence, asks Danny to accompany his mistress, Tina (Mia Farrow), to one of his concerts - her presence helps him perform. Danny naturally obliges. However, Tina is also seeing a mob boss and when Danny is seen with her, the mob boss assumes Tina is two-timing him with Danny. This results in Danny and Tina being hunted by the mob.