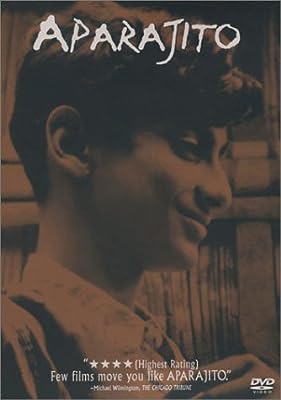 Price: $29.95
As of 2022-08-16 19:50:46 UTC (more info)
Product prices and availability are accurate as of 2022-08-16 19:50:46 UTC and are subject to change. Any price and availability information displayed on http://www.amazon.com/ at the time of purchase will apply to the purchase of this product.
Availability: Not Available - stock arriving soon
Buy Now from Amazon
Product Information (more info)
CERTAIN CONTENT THAT APPEARS ON THIS SITE COMES FROM AMAZON SERVICES LLC. THIS CONTENT IS PROVIDED 'AS IS' AND IS SUBJECT TO CHANGE OR REMOVAL AT ANY TIME.

The saga of Apu and his family continues in APARAJITO (The Unvanquished), the second chapter in director Satyajit Ray's cinematic masterpiece, The Apu Trilogy (Pather Panchali, Aparajito, The World of Apu). Following Apu and his family to the city, Ray explores the crowded streets and busy waterfront, introducing us to a gallery of unforgettable images and characters. But when tragedy strikes Apu's family, the boy becomes a man and must choose between the life his father chose -- a life of dutyand disappointment -- or a life of his own. APARAJITO won first prize, the Golden Lion, at Venice in 1957, while director Satyajit Ray went on to win an Honorary Academy Award(r), 1991.