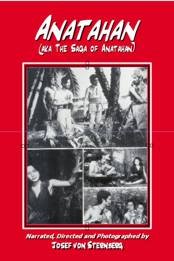 Price: $19.98
As of 2023-02-05 07:29:51 UTC (more info)
Product prices and availability are accurate as of 2023-02-05 07:29:51 UTC and are subject to change. Any price and availability information displayed on http://www.amazon.com/ at the time of purchase will apply to the purchase of this product.
Availability: Not Available - stock arriving soon
Buy Now from Amazon
Product Information (more info)
CERTAIN CONTENT THAT APPEARS ON THIS SITE COMES FROM AMAZON SERVICES LLC. THIS CONTENT IS PROVIDED 'AS IS' AND IS SUBJECT TO CHANGE OR REMOVAL AT ANY TIME.

Intrigue, lust and the quest for power abound in this Josef von Sternberg film. Japanese seamen on a remote Pacific island stubbornly man their post long after the end of WWII, refusing to believe their country lost the war. The only other residents of the island are the overseer of an abandoned plantation and his beautiful young Japanese wife. The men vie for power . . . and the woman . . . in a ruthless bid for dominance. Based on the "true" story of Japanese soldiers who were shipwrecked during World War II and refused to believe that the war had ended until six years after Hiroshima. The actors speak only Japanese as the viewer is led through the story by an English-speaking narrator (von Sternberg) who tells the story of a woman stranded on the small island with 30 lecherous men. Adapted from the novel by Michiro Maruyama . Filmed in Japan.