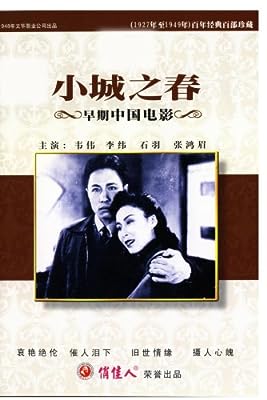 Price: $19.95
As of 2021-09-19 04:23:04 UTC (more info)
Product prices and availability are accurate as of 2021-09-19 04:23:04 UTC and are subject to change. Any price and availability information displayed on http://www.amazon.com/ at the time of purchase will apply to the purchase of this product.
Availability: Not Available - stock arriving soon
Buy Now from Amazon
Product Information (more info)
CERTAIN CONTENT THAT APPEARS ON THIS SITE COMES FROM AMAZON SERVICES LLC. THIS CONTENT IS PROVIDED 'AS IS' AND IS SUBJECT TO CHANGE OR REMOVAL AT ANY TIME.

In a small town a young couple Zhou Yuwen and Dai Liyan led a peaceful life. They were polite to each other while there was actually not love between them. Zhang Zhichen, Liyan's friend and Yuwen's former lover, returned to the town after eight years. Liyan's sister admired Zhichen deeply while Zhichen still loved Yuwen who loved him as well. Both of them felt guilty and didn't want to hurt Liyan. Liyan took sleeping pills to commit suicide and was rescued. After this incident, Yuwen reconsidered her relationship with Liyan and chose to start a new life again with him. And Zhichen decided to leave the town again.