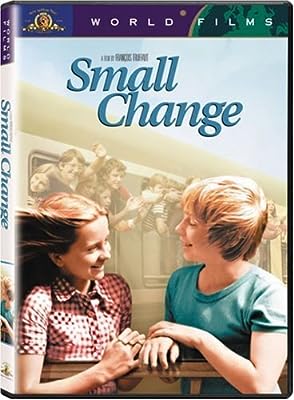 Price: $14.98
As of 2021-07-26 00:17:11 UTC (more info)
Product prices and availability are accurate as of 2021-07-26 00:17:11 UTC and are subject to change. Any price and availability information displayed on http://www.amazon.com/ at the time of purchase will apply to the purchase of this product.
Availability: Not Available - stock arriving soon
Buy Now from Amazon
Product Information (more info)
CERTAIN CONTENT THAT APPEARS ON THIS SITE COMES FROM AMAZON SERVICES LLC. THIS CONTENT IS PROVIDED 'AS IS' AND IS SUBJECT TO CHANGE OR REMOVAL AT ANY TIME.

Critic Pauline Kael neatly summed up the timeless appeal of François Truffaut's 1976 film by calling it "that rarity--a poetic comedy that's really funny." In other words, Truffaut's brilliant, upbeat study of resilient children in a French village is both artistically satisfying and joyously entertaining, proving yet again (after his acclaimed debut film The 400 Blows) that few directors remembered and understood the experience of childhood as clearly as Truffaut. The film's episodic structure reveals its young characters gradually, leaving them and returning to them as their individual stories unfold. Most of the sketches are hilarious (as when a little girl uses a megaphone to announce that she's been "abandoned," resulting in generous gifts of food from her surrounding neighbors), but there's also a story about a boy with abusive parents who learns to survive by his own ingenuity. Throughout, this remarkable film gets all the details precisely right, featuring a youthful cast of kids who don't seem to be acting at all. It's as if Truffaut had somehow gained privileged entrance into their world, and they carried on as if the camera simply wasn't there. (Another French film, Ponette, would achieve a similar, more heartbreaking feat two decades later.) --Jeff Shannon

The Woman Next Door