Sawdust and Tinsel (The Criterion Collection) 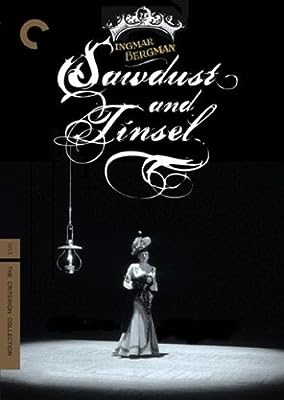 Price: $39.95
As of 2021-10-22 05:49:12 UTC (more info)
Product prices and availability are accurate as of 2021-10-22 05:49:12 UTC and are subject to change. Any price and availability information displayed on http://www.amazon.com/ at the time of purchase will apply to the purchase of this product.
Availability: Not Available - stock arriving soon
Buy Now from Amazon
Product Information (more info)
CERTAIN CONTENT THAT APPEARS ON THIS SITE COMES FROM AMAZON SERVICES LLC. THIS CONTENT IS PROVIDED 'AS IS' AND IS SUBJECT TO CHANGE OR REMOVAL AT ANY TIME.

Ingmar Bergman presents the battle of the sexes as a ramshackle, grotesque carnival in this, one of the late master s most vivid early works. The story of the twisted relationship between a turn-of-the-century traveling circus owner (Ake Grönberg) and his performer girlfriend (Harriet Andersson), Sawdust and Tinsel features dreamlike detours and twisted psychosexual power play that presage the director s Smiles of a Summer Night and The Seventh Seal, works that would soon change the landscape of art cinema forever.