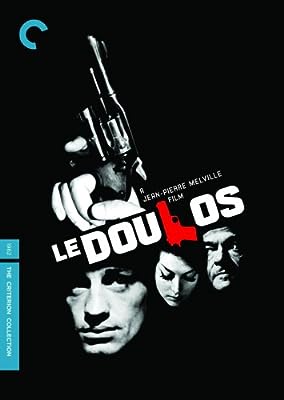 Price: $39.95
As of 2023-02-02 01:19:02 UTC (more info)
Product prices and availability are accurate as of 2023-02-02 01:19:02 UTC and are subject to change. Any price and availability information displayed on http://www.amazon.com/ at the time of purchase will apply to the purchase of this product.
Availability: Not Available - stock arriving soon
Buy Now from Amazon
Product Information (more info)
CERTAIN CONTENT THAT APPEARS ON THIS SITE COMES FROM AMAZON SERVICES LLC. THIS CONTENT IS PROVIDED 'AS IS' AND IS SUBJECT TO CHANGE OR REMOVAL AT ANY TIME.

The backstabbing criminals in the shadowy underworld of Jean-Pierre Melville's Le doulos have only one guiding principle: Lie or die. A stone-faced Jean-Paul Belmondo stars as enigmatic gangster Silien, who may or may not be responsible for squealing on Faugel (Serge Reggiani), just released from the slammer and already involved in what should have been a simple heist. By the end of this brutal, twisty, and multilayered policier, who will be left to trust? Shot and edited with Melville's trademark cool and featuring masterfully stylized dialogue and performances, Le doulos (slang for an informant) is one of the filmmaker's most gripping crime dramas.