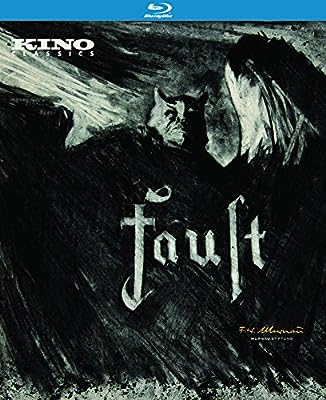 Price: $17.61
Availability: Not Available - stock arriving soon
Buy Now from Amazon
Product Information (more info)
CERTAIN CONTENT THAT APPEARS ON THIS SITE COMES FROM AMAZON SERVICES LLC. THIS CONTENT IS PROVIDED 'AS IS' AND IS SUBJECT TO CHANGE OR REMOVAL AT ANY TIME.

Mobilizing the full resources of the Ufa Studios, F.W. Murnau (Nosferatu, Sunrise) orchestrated a colossal adaptation of Goethe's FAUST that ranks alongside Fritz Lang s Metropolis as the greatest achievements of the German silent cinema.
Gösta Ekman stars as the titular alchemist who, struggling with his faith amidst a devastating plague, is offered the power to cure and the gift of youth... in exchange for his soul. As the diabolical Mephisto, Emil Jannings (The Last Laugh) delivers a performance of operatic intensity, by turns charming, comical and horrifying.
This special edition contains the Friedrich Wilhelm Murnau Stiftung s meticulous HD restoration of the original German release version of the film, as well as a DVD of the lengthier alternate cut prepared by the Ufa Studios in 1930 for distribution in the U.S.