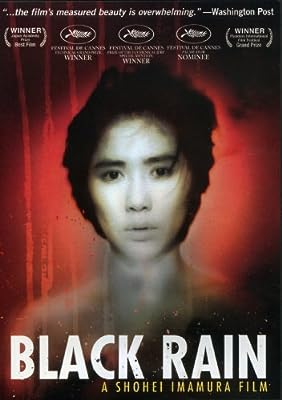 Price: $24.98
As of 2022-10-03 02:31:49 UTC (more info)
Product prices and availability are accurate as of 2022-10-03 02:31:49 UTC and are subject to change. Any price and availability information displayed on http://www.amazon.com/ at the time of purchase will apply to the purchase of this product.
Availability: Not Available - stock arriving soon
Buy Now from Amazon
Product Information (more info)
CERTAIN CONTENT THAT APPEARS ON THIS SITE COMES FROM AMAZON SERVICES LLC. THIS CONTENT IS PROVIDED 'AS IS' AND IS SUBJECT TO CHANGE OR REMOVAL AT ANY TIME.

Mr. and Mrs. Shizuma and their niece Yasuko make their way through the ruins of Hiroshima, devastated by the atomic bomb. Five years later, Yasuko is living with her aunt and uncle, and her senile grandmother, in a village containing many survivors of the bombing. Yasuko does not appear to be affected, but the Shizumas are worried about her marriage prospects, fearing that she might succumb to radiation sickness at any time.