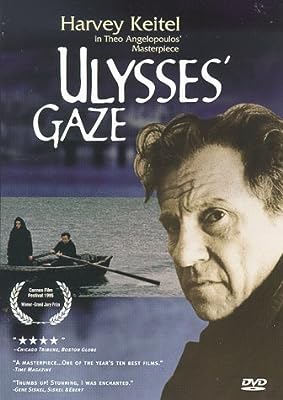 Price: $126.16
As of 2022-12-06 23:24:32 UTC (more info)
Product prices and availability are accurate as of 2022-12-06 23:24:32 UTC and are subject to change. Any price and availability information displayed on http://www.amazon.com/ at the time of purchase will apply to the purchase of this product.
Availability: Not Available - stock arriving soon
Buy Now from Amazon
Product Information (more info)
CERTAIN CONTENT THAT APPEARS ON THIS SITE COMES FROM AMAZON SERVICES LLC. THIS CONTENT IS PROVIDED 'AS IS' AND IS SUBJECT TO CHANGE OR REMOVAL AT ANY TIME.

Quick Shipping !!! New And Sealed !!! This Disc WILL NOT play on standard US DVD player. A multi-region PAL/NTSC DVD player is request to view it in USA/Canada. Please Review Description.

The Greek director Theo Angelopoulos, winner of the top prize at the 1998 Cannes Film Festival for Eternity and a Day, will never build an audience of casual filmgoers. But then he doesn't mean to. Demanding, difficult, portentous, Angelopoulos makes films in his own deliberate style: sometimes awe-inspiring, sometimes mystifying. When he's at his best, as in the beautiful and devastating Landscape in the Mist, the results can be spellbinding. Ulysses' Gaze is a typically fascinating, typically long (three hours) work. Harvey Keitel, moving through the film at an intense murmur, plays a Greek filmmaker known only as "A." After many years in America, he returns home for an odyssey in search of some early film footage shot in the Balkans, a quest that leads him through that war-torn area and finally into the bombed-out city of Sarajevo. Angelopoulos establishes such a dreamlike rhythm, and his images (like a giant stone head of Lenin, floating down a river) are so striking, that adventurous filmgoers should find this experience absorbing, if enigmatic. On the other hand, Roger Ebert described Ulysses' Gaze as "a numbing bore." But even he would probably admit that no one else on earth makes movies quite like Theo Angelopoulos. --Robert Horton