The Last Metro (The Criterion Collection) 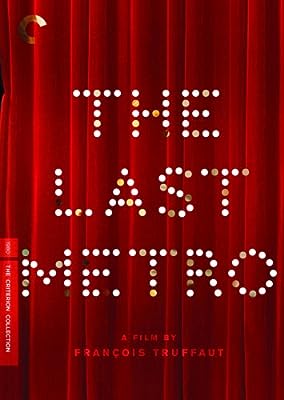 Price: $24.02
As of 2023-02-07 09:36:25 UTC (more info)
Product prices and availability are accurate as of 2023-02-07 09:36:25 UTC and are subject to change. Any price and availability information displayed on http://www.amazon.com/ at the time of purchase will apply to the purchase of this product.
Availability: Not Available - stock arriving soon
Buy Now from Amazon
Product Information (more info)
CERTAIN CONTENT THAT APPEARS ON THIS SITE COMES FROM AMAZON SERVICES LLC. THIS CONTENT IS PROVIDED 'AS IS' AND IS SUBJECT TO CHANGE OR REMOVAL AT ANY TIME.

Gérard Depardieu and Catherine Deneuve star as members of a French theater company living under the German occupation during World War II in François Truffaut s gripping, humanist character study. Against all odds a Jewish theater manager in hiding; a leading man who s in the Resistance; increasingly restrictive Nazi oversight the troupe believes the show must go on. Equal parts romance, historical tragedy, and even comedy, The Last Metro (Le dernier metro) is Truffaut s ultimate tribute to art overcoming adversity.