The Hidden Fortress (The Criterion Collection) 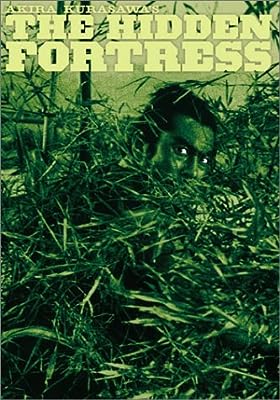 Price: $31.75
As of 2021-09-18 16:10:05 UTC (more info)
Product prices and availability are accurate as of 2021-09-18 16:10:05 UTC and are subject to change. Any price and availability information displayed on http://www.amazon.com/ at the time of purchase will apply to the purchase of this product.
Availability: Not Available - stock arriving soon
Buy Now from Amazon
Product Information (more info)
CERTAIN CONTENT THAT APPEARS ON THIS SITE COMES FROM AMAZON SERVICES LLC. THIS CONTENT IS PROVIDED 'AS IS' AND IS SUBJECT TO CHANGE OR REMOVAL AT ANY TIME.

A general and a princess must dodge enemy clans while smuggling the royal treasure out of hostile territory with two bumbling, conniving peasants at their sides; it's a spirited adventure that only Akira Kurosawa could create. Acknowledged as a primary influence on George Lucas' Star Wars, The Hidden Fortress delivers Kurosawa's inimitably deft blend of wry humor, breathtaking action and humanist compassion on an epic scale. The Criterion Collection is proud to present this landmark motion picture in a stunning, newly-restored Tohoscope edition.