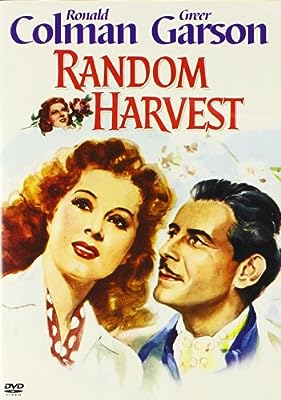 Price: $13.99
As of 2022-11-30 01:06:18 UTC (more info)
Product prices and availability are accurate as of 2022-11-30 01:06:18 UTC and are subject to change. Any price and availability information displayed on http://www.amazon.com/ at the time of purchase will apply to the purchase of this product.
Availability: Not Available - stock arriving soon
Buy Now from Amazon
Product Information (more info)
CERTAIN CONTENT THAT APPEARS ON THIS SITE COMES FROM AMAZON SERVICES LLC. THIS CONTENT IS PROVIDED 'AS IS' AND IS SUBJECT TO CHANGE OR REMOVAL AT ANY TIME.

Paula Smith (Greer Garson) is the secretary of industrialist Charles Rainier (Ronald Colman). She's also his wife, which Charles does not know. Shell-shocked during World War I, he doesn't recall his days as her husband, John Smith. Advised not to endanger Charles' fragile mental state, Paula cannot openly reveal her identity. She must find other ways to help him remember their life together.

From the novel by James Hilton (Goodbye, Mr. Chips, Lost Horizon) comes one of the great sentimental romance movies. Garson's Paula, alongside her same-year triumph as Mrs. Miniver, established her persona as the strong, self-sacrificing wife. Random Harvest gathered seven Academy AwardO nominations* (including Best Picture and Colman as Best Actor) and also reaped a box-office harvest as the year's #4 hit.