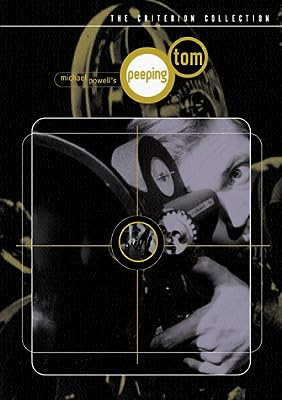 Price: $39.95
As of 2022-12-09 09:51:11 UTC (more info)
Product prices and availability are accurate as of 2022-12-09 09:51:11 UTC and are subject to change. Any price and availability information displayed on http://www.amazon.com/ at the time of purchase will apply to the purchase of this product.
Availability: Not Available - stock arriving soon
Buy Now from Amazon
Product Information (more info)
CERTAIN CONTENT THAT APPEARS ON THIS SITE COMES FROM AMAZON SERVICES LLC. THIS CONTENT IS PROVIDED 'AS IS' AND IS SUBJECT TO CHANGE OR REMOVAL AT ANY TIME.

A frank exploration of voyeurism and violence, Michael Powell's extraordinary film is the story of a psychopathic cameraman-his childhood traumas, sexual crises, and murderous revenge as an adult. Reviled by critics upon its initial release for its deeply unsettling subject matter, the film has since been hailed as a masterpiece.