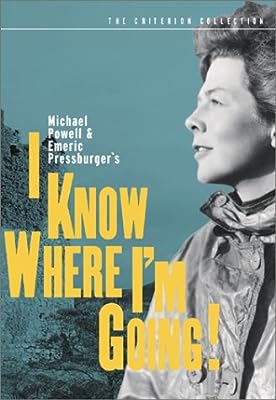 A young woman (Hiller) is determined to marry a wealthy man in the Hebrides for money, but on the way there she gets stranded in a sea coast town where she meets and falls in love with a handsome young navy officer instead.

Assured, headstrong Joan Webster (Wendy Hiller) knows exactly what she wants and how to get it, until she's stranded in a rough, windswept Scottish village--in sight but out of reach of an island where a rich fiancée, a lavish wedding, and a loveless marriage await. While a raging storm prevents her crossing, a quiet, modest, and penniless Scottish laird named Torquil (Roger Livesey) slowly wins her cheerfully mercenary heart and upsets her carefully arranged plans with messy emotions. Michael Powell and Emeric Pressburger's much-loved romantic drama is a handsome work full of vivid, offbeat characters (Pamela Brown is especially striking as an earthy villager always accompanied by a pack of bloodhounds) living in a world that's part tradition and part myth. Villagers work and celebrate with the simple spirit of common folk ("We're not poor, we just haven't any money," Torquil admonishes the materialist Joan). Powell brings his lively manner and bold visual invention to the creation of his beautiful but harsh primal paradise, culminating in the awesome spectacle of a massive whirlpool that could be the work of the "legend of Corryvreckan" or the stormy embodiment of Joan's hysterical heart. Awash in mystic power of ancient castles and chanted legends, I Know Where I'm Going is one of the most romantic visions of Britain's most magical director. --Sean Axmaker