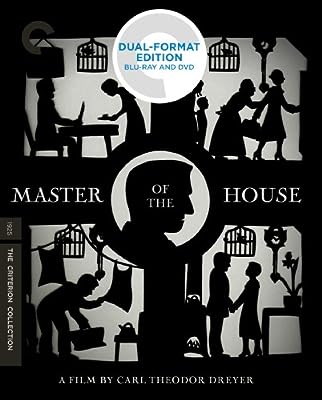 Price: $24.02
As of 2021-09-25 06:23:27 UTC (more info)
Product prices and availability are accurate as of 2021-09-25 06:23:27 UTC and are subject to change. Any price and availability information displayed on http://www.amazon.com/ at the time of purchase will apply to the purchase of this product.
Availability: Not Available - stock arriving soon
Buy Now from Amazon
Product Information (more info)
CERTAIN CONTENT THAT APPEARS ON THIS SITE COMES FROM AMAZON SERVICES LLC. THIS CONTENT IS PROVIDED 'AS IS' AND IS SUBJECT TO CHANGE OR REMOVAL AT ANY TIME.

Before he got up close and personal with Joan of Arc, the Danish cinema genius Carl Theodor Dreyer (Vampyr) fashioned this finely detailed, ahead-of-its-time examination of domestic life. In this heartfelt story of a housewife who, with the help of a wily nanny, turns the tables on her tyrannical husband, Dreyer finds lightness and humor; it's a deft comedy of revenge that was an enormous box-office success and is considered an early example of feminism on-screen. Constructed with the director's customary meticulousness and stirring sense of justice, Master of the House is a jewel of silent cinema.