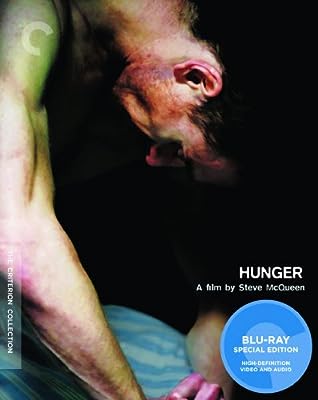 Price: $27.99
As of 2021-08-01 07:34:10 UTC (more info)
Product prices and availability are accurate as of 2021-08-01 07:34:10 UTC and are subject to change. Any price and availability information displayed on http://www.amazon.com/ at the time of purchase will apply to the purchase of this product.
Availability: Not Available - stock arriving soon
Buy Now from Amazon
Product Information (more info)
CERTAIN CONTENT THAT APPEARS ON THIS SITE COMES FROM AMAZON SERVICES LLC. THIS CONTENT IS PROVIDED 'AS IS' AND IS SUBJECT TO CHANGE OR REMOVAL AT ANY TIME.

With HUNGER, British filmmaker and artist Steve McQueen has turned one of history’s most controversial acts of political defiance into a jarring, unforgettable cinematic experience. In Northern Ireland’s Maze prison in 1981, twenty-seven-year-old Irish Republican Army member Bobby Sands went on a hunger strike to protest the British government’s refusal to recognize him and his fellow IRA inmates as political prisoners, rather than as ordinary criminals. McQueen dramatizes prison existence and Sands’ final days in a way that is purely experiential, even abstract, a succession of images full of both beauty and horror. Featuring an intense performance by Michael Fassbender, HUNGER is an unflinching, transcendent depiction of what a human being is willing to endure to be heard.