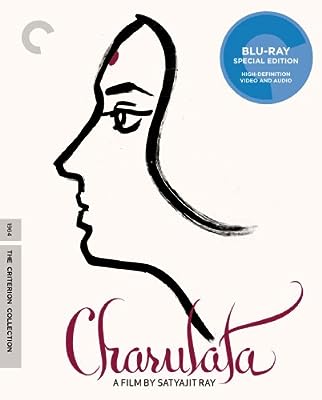 Price: $27.99
As of 2021-10-23 11:18:39 UTC (more info)
Product prices and availability are accurate as of 2021-10-23 11:18:39 UTC and are subject to change. Any price and availability information displayed on http://www.amazon.com/ at the time of purchase will apply to the purchase of this product.
Availability: Not Available - stock arriving soon
Buy Now from Amazon
Product Information (more info)
CERTAIN CONTENT THAT APPEARS ON THIS SITE COMES FROM AMAZON SERVICES LLC. THIS CONTENT IS PROVIDED 'AS IS' AND IS SUBJECT TO CHANGE OR REMOVAL AT ANY TIME.

This film about a woman’s artistic and romantic yearning by Satyajit Ray (The Music Room) is set in late nineteenth-century, pre-independence India. It takes place in the gracious home of a liberal-minded, workaholic newspaper editor and his lonely, stifled wife, Charulata (The Big City’s Madhabi Mukherjee), whose exquisitely composed features mask a burning creativity. When her husband’s poet cousin comes to stay with them, Charulata finds herself both inspired by him to pursue her own writing and dangerously drawn to him physically. Based on a novella by the great Rabindranath Tagore, CHARULATA is a work of subtle textures, a delicate tale of a marriage in jeopardy and a woman taking the first steps toward establishing her own voice.