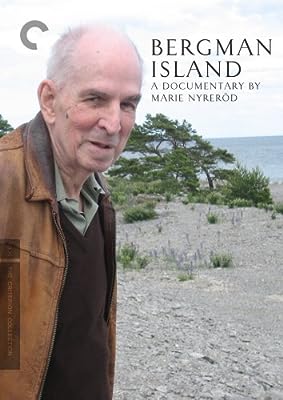 Price: $19.95
As of 2023-02-05 04:14:39 UTC (more info)
Product prices and availability are accurate as of 2023-02-05 04:14:39 UTC and are subject to change. Any price and availability information displayed on http://www.amazon.com/ at the time of purchase will apply to the purchase of this product.
Availability: Not Available - stock arriving soon
Buy Now from Amazon
Product Information (more info)
CERTAIN CONTENT THAT APPEARS ON THIS SITE COMES FROM AMAZON SERVICES LLC. THIS CONTENT IS PROVIDED 'AS IS' AND IS SUBJECT TO CHANGE OR REMOVAL AT ANY TIME.

Just four years before his death; legendary filmmaker Ingmar Bergman sat down with Swedish documentarian Marie Nyrerd in his home on F2r Island to discuss his films; his fears; his regrets; and his ongoing artistic passion. This resulted in the most breathtakingly candid series of interviews that the famously reclusive director ever took part in; later edited into the feature-length film Bergman Island. In-depth; revealing; and packed with choice anecdotes about Bergman's films; as well as his personal life; Nyrerd's documentary is an unforgettable final glimpse of a man who transformed cinema.